You are here: Home1 / Vestibular Illusions

What is Spatial Disorientation?

Spatial disorientation (SD) will often be demonstrated at an early stage of IFR Training, to teach the pilot to trust what the instruments are telling them.

SD is the inability to correctly interpret aircraft attitude or airspeed or altitude in relation to the Earth or other points of reference – an inability to determine the pilot’s position in space.

Spacial Disorientation  is a common experience for most pilots at some stage in their career from junior to senior pilots. SD is common with most pilots having experienced it at some stage (Questionnaire Research). SD may also be unrecognised and that is a more common cause of accidents than recognised SD. 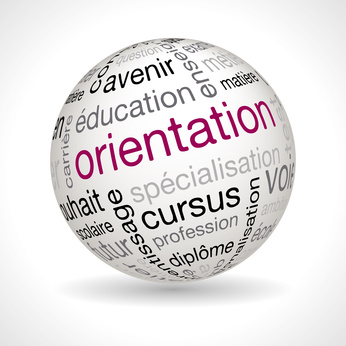 The different types of Vestibular Illusions are:

What are the different types of Vestibular Illusions in Aviation?

The most common type of Vestibular Illusion in Aviation is The Leans. Let’s say a pilot is flying VFR and is looking at the chart and fails to notice a gradual turn. The semicircular canals will normally fail to detect a very gradual turn. However, now the pilot looks up and returns the aircraft quickly to straight and level. The leans may be experienced as if the aircraft still rolling. The pilot will want to “lean” the aircraft. This is a dangerous situation for a non-IFR rated pilot who tries to fly visually in IMC.

The next most common type of vestibular illusion that occurs during a turn is the Somatogyric illusion – best known as the graveyard spin. During the initial part of a steep turn, the cupula of the semicircular canals detect angular (rotatory) acceleration and send signals of this movement to the brainstem. During the steady turn itself, the cupula return to normal and the pilot may feel as though the aircraft is no longer turning. The issue occurs when returning to straight and level because this movement will again fire up the cupula to send a neurological signal  to the brain that a movement is occurring in the opposite direction to the original turn. The pilot may then try to turn the “other way” – which is in the direction of the original turn. The Somatogyric illusion classically occurs when a VFR pilot flies into IMC and enters a spiral dive. Attempted recovery leads to a re-entry into the same direction of spiral dive due to the somatogyric illusion.

The Coriolis effect is caused when the head moves out of the plane of rotation. This is felt on a fairground ride when someone puts their head down whilst the ride is going around in a different plane. In aviation, this may occur when an aircraft is turning and the pilot reaches down to pick up something that has fallen on the floor. The pilot’s head was originally rotating in one plane (aircraft rolling in the direction of turn) but then rotates in another plane by looking downwards (pitching). The vestibular system cannot reconcile this – and vertigo occurs.

Somatogravic illusions are experienced during rapid acceleration as the feeling of pitching up – resulting in the pilot pointing the nose downwards. This is an issue, for example, during fast jet departure from an aircraft carrier using a sling system – but is not a day to day experience for most pilots!

Fatigue in Aviation
Scroll to top